We are pleased to host the BBC at Mitsinjo this August. For an upcoming series on the evolutionary history of islands and the endemic flora and fauna found on these isolated lands, a film crew worked with our Association to capture these unique stories and the science behind them. 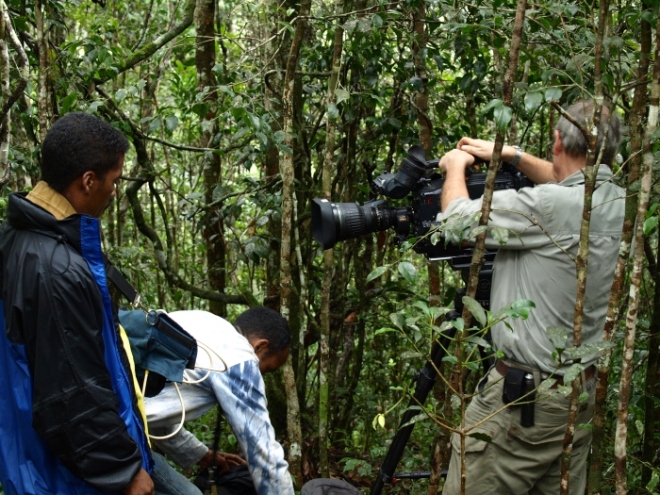 We prepared teas with medicinal plants, filmed bats and leaf-tailed geckos, and discussed amphibian conservation and research, including the work being done to protect Andasibe’s frogs at our amphibian survival assurance center.

This was not the first time BBC had chosen Mitsinjo as their go-to in Madagascar. Previously we had worked with BBC’s film crews to contribute to:

The 2011 series focusing on Madagascar also featured many shots taken in Mitsinjo’s forests. We are pleased to have the BBC here once again, though we suspect it won’t be the last time and are looking forward to future opportunities to work together.

Office: Yellow and green building, located 200 meters south of and opposite the entrance of Andasibe National Park